Zerology aims to make electric cars available to all 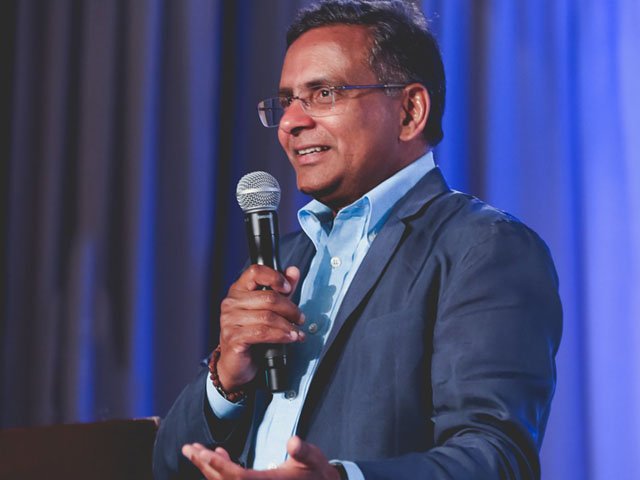 Shree Kalluri: “The future is not going to be about owning a car.”

Not long ago, Shree Kalluri noticed a couple of trends — the growing popularity of ride-sharing companies and the falling cost of electric vehicles.

Kalluri wanted to help combine the two trends and help fight global warming. “In 2016 transportation became the number one contributor to CO2 emissions in the world, particularly in the U.S., to the point it superseded the [electric] grid,” Kalluri says. “The grid is a lot cleaner than the vehicles today.”

His Madison-based tech start-up, Zerology, is working on providing a fleet of electric vehicles that can be used for ride-sharing, rental and company cars. And it’s working on an app that will help integrate the vehicles into the larger transportation system, making it more efficient to move people around.

Zerology currently has 12 Tesla electric vehicles, with another 20 on order. The company is also contemplating buying Nissan LEAFs.

For now, the cars are all being stored at Green Cab, one of Zerology’s first partners. Green Cab, which uses all hybrid Toyota Prius cars, was founded nine years ago and markets itself as an environmentally friendly taxi company.

Jodie Schmidt, owner of Green Cab, says over the next couple months it will replace its entire fleet with Zerology’s vehicles.

“It really made sense for us,” says Schmidt. “Looking at reducing emissions, we really need to review all the options in transportation. We need to move to the next step and electric vehicles are it.”

Zerology is looking for multiple ways to put its fleet of vehicles to use. It is working on stationing its cars around the city and making them available for people to rent, similar to Zipcar and Madison’s now defunct, Community Car. Zerology will launch this car-share component in six to eight weeks with vehicles at Garver Point and Veritas Village properties in Madison and Middleton Center in downtown Middleton.

Businesses can also contract with Zerology to provide a fleet of vehicles. With Green Cab, Zerology will provide a ride-hailing service, like Uber or Lyft. Zerology has also started a pilot program with Green Cab and Edgewood High School to train drivers. Edgewood students living in outlying areas are eligible to get rides to and from school and after-school programs through the pilot. Parents receive a text message from the app when their kids are dropped off.

Zerology is developing an app, expected to be released in January, that will attempt to integrate several environmentally friendly transportation modes. Through the app, users will be able to connect with Green Cab and Zerology’s rental vehicles, as well as B-Cycle and Madison Metro. This will help customers find the cheapest route or the one with the least environmental impact, Kalluri says.

“If we can all get together and share how we move people around the city in a much cleaner, greener way, that is a good thing,” Schmidt says. “We are excited to be a part of it.”

Brad Rutta, Zerology’s vice president of product strategy, says the app will also help ensure the vehicles are moving efficiently, by monitoring traffic patterns and demand. “It is our platform on the back end that is analyzing that data,” Rutta says.

Kalluri says while ride-hailing apps like Uber or Lyft are convenient, they’re not reducing emissions or traffic congestion.

“There are a lot more cars that are moving about and many of them are ‘deadheading,’” says Kalluri, meaning that the cars are driving around looking for passengers.

Partnering with other transportation providers will be essential for the Zerology app to work, Kalluri says. “Everyone who is in this business is an ally and a friend because together we are increasing the impact,” Kalluri says. “The future is not going to be about owning a car, it is about having all kinds of transportation available.”

Kalluri plans to perfect Zerology in Madison and then branch out.

“In order for this to be successful we need to focus on one community at a time,” Kalluri says. “We picked Madison as the community. Over three to five years, we will develop a solid blueprint of how to make this complex ecosystem work. Then that can be scaled across the country, across the world.”